About the Disciplers Bible Studies Founders 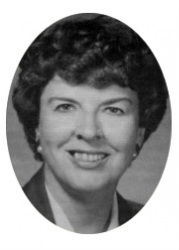 Pearl was born on August 9, 1929.  She grew up in Oakland, California, and that is where she married Jack Hamilton on August 16, 1952. Oakland is also where Pearl met A. Wetherell Johnson and began working alongside her in Bible Study Fellowship. In 1980, when Miss Johnson retired and BSF moved its headquarters to San Antonio, Texas, Pearl became the Deputy Director, a post in which she served for seven years.

In 1987, Pearl was called to be Director of Women’s Ministries at Rolling Hills Covenant Church in Southern California. It is there she began writing Bible study lessons and founded Disciplers Bible Studies. Pearl loved God’s word and was a gifted Bible teacher. Her passion was to inspire others to study, obey, and treasure the scriptures as she did. Pearl was also a learned woman and wise in the word. She graduated from UC Berkeley and also studied at North Park Seminary, Gordon-Conwell Seminary, L’Abri Fellowship in Switzerland, and Ligonier Ministries.

Pearl wrote lessons and taught weekly classes for five years before succumbing to acute leukemia on March 12, 1993. At that time, there were more that 150 Disciplers classes scattered throughout the United States and Europe. After Pearl’s death, Disciplers continued to grow and was registered as a non-profit organization with Mary Lou Damon as director. Suzie Klein took up the mantle of teaching the original Disciplers class at Rolling Hills Covenant Church and later began writing additional study lessons. Tamra Tomlin has been with Disciplers since the beginning as a faithful discussion leader and editor of lessons. She continues to serve as our prayer chairman. Elaine Johnson joined Disciplers in the early years as a discussion leader and later as an editor of lessons. She also serves as our director of operations. In 2004, Harle Damon joined Suzie in writing study lessons. 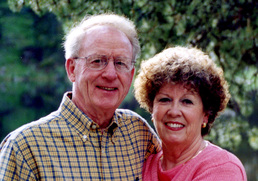 Before Pearl Hamilton went to be with the Lord in 1993, she designated Mary Lou Damon as Head Administrator of Disciplers Bible Studies. Mary Lou served faithfully in that position for twenty-one years. In Mary Lou’s words, “It was one of the most wonderful blessings in my life to see the growth God gave to Disciplers, and to me. He richly blessed us with support, encouragement, and resources to meet both opportunities and challenges that He had planned and blessed for the Disciplers ministry.

It was a joy for me to help fulfill Disciplers’ vision of enabling men, women, and young people to study and understand God’s word. I praise God for what He has done and is now doing in Disciplers. Please join me in prayer for this ministry, telling others, and sharing blessings of God’s love so together we may grow more into the likeness of our Master Discipler, Jesus Christ.

After living a full, productive, and godly life, Harle went to be with the Lord in 2009. His beloved wife, Mary Lou wrote this remembrance of him.

“Harle was a wise man who built his life on the rock of God’s word, the Bible. For him, that meant hearing and obeying Christ’s words and living according to Scripture. Harle was born again to a relationship with Jesus Christ in his mid-forties. He studied under many wonderful pastors and the more he learned of the Bible, the more he wanted to learn. When he retired from business, he enrolled at Talbot Seminary and spent six years in study, graduating with a Masters Degree in Theological Studies. He then organized and directed a college level program in leadership training at Rolling Hills Covenant Church. After thirteen years of directing the school, he retired.

Harle’s retirement was a boon to Disciplers for that was when he wrote our study of the Book of John. He followed this with the study of Genesis. Both were a gift and a blessing. My hope is that many of you will benefit from his work which was guided by the hand of God.”

"I have been involved in Disciplers since 1987, as a discussion leader, teacher, writer, and now as director. I am profoundly committed to the stewardship of this ministry which God has entrusted to me for a time. God’s word is the chief joy of my life. I cherish my personal time in the word, and I am filled with gratitude to be able to share His word with you, my fellow disciples in Christ." ----- Suzie Klein 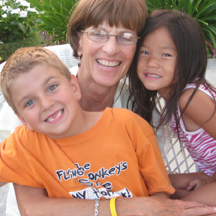 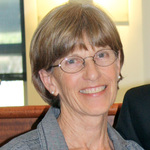 "O Lord, You are the portion of my inheritance and my cup; You maintain my lot. The lines have fallen to me in pleasant places; Indeed, my heritage is beautiful to me. "  Psalm 16:5-6

Often, I stand in awe at the evidence of God’s hand in my life. I was born into a Christian family and taught God’s word and the great hymns from childhood. My grandfather was a pastor who taught me obedience to God, and the importance of Bible study and prayer. And although I chose to reject these things for many years, God was patient with me. He gifted me with a godly husband who was also my best friend, and four precious children. God eventually led me to Bible Study Fellowship where I first met Pearl Hamilton and began to take life as a disciple of Christ seriously. I was blessed, after seven years in BSF, to study under Pearl as she began writing and teaching Disciplers Bible Studies in southern California. Pearl was a patient mentor and solid friend and I longed to emulate her godly ways. Even though the Lord has taken Pearl to be with Him, I am still learning from her life and her Bible study lessons.

I have been involved in Disciplers since 1987, as a discussion leader, teacher, writer, and now as administrator and director. I am profoundly committed to the stewardship of this ministry which God has entrusted to me for a time. God’s word is the chief joy of my life. I cherish my personal time in the word, and I am filled with gratitude to be able to share His word with you, my fellow disciples in Christ.

I also treasure every opportunity to share God’s word with my thirteen grandchildren. When I’m not studying, writing, or sending out lessons, you can find me hiking in the hills or walking along the beach with my golden lab puppy.

"For the word of God is living and powerful, and sharper than any two-edged sword, piercing even to the division of soul and spirit, and of joints and marrow, and is a discerner of the thoughts and intents of the heart.”  (Hebrews 4:12)

The word of God is active, applicable to me today and changes lives. His word exposes the spiritual motivation of my heart. My obedience to God’s word is the measuring stick Christ will use at the judgment.

I began Disciplers Bible Study the summer of 1988 in the first class Pearl Hamilton taught from the book of James. I have been hooked ever since! Thirty-two years later, I still attend Disciplers at my church. I like the discipline and accountability this Bible Study provides. Through individual study, sharing in my small group, listening to my excellent teaching leader and reading the notes, I feel I have a firm basis for understanding what God wants me to learn to help me live according to His will for my life.

I was asked many years ago to assist in editing new Disciplers lessons. What a joy this has been!

I love reading, scrapbooking, singing in our church choir and volunteering in the Love Inc - In the Name of Christ outreach ministry and traveling to Paris to spend time with my two granddaughters and their parents, who are raising them in a Christian home. This is a special blessing.

Are Making An Impact Worldwide